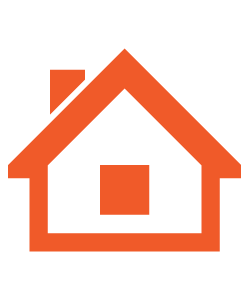 There are three main times when you need to call a roofer. You call when you need a new roof, when you need your roof repaired, or when you need a roof maintained. Replacement is pretty self-explanatory, but you may not know a lot about roof repairs and maintenance. Repairs often involve replacing just the damaged shingles or resealing flashing to the roof's surface. Maintenance may involve removing leaves or applying certain protective coatings. Of course, this is just a quick overview. If you want to dive deeper with us, start reading some of the many articles on this website.

A roof is important and should be taken good care of in order to prevent problems from developing. A problem that is commonly dreaded after neglecting the roof is for rainwater to come inside a home and create many other problems. Some homeowners are guilty of neglecting their roofs due to the fear of climbing on it to inspect for problems, but such a problem can easily be resolved by hiring a roofer. It is actually a good idea to inspect on a regular basis, such as multiple times per year to make sure all minor problems are quickly noticed. Minor roof problems should be seen as serious as the ones that are clearly noticeable because they can still end up being costly to repair if neglected too long.

Barely Noticeable Holes in the Deck

Unless you have inspected your roof, there can be holes in the deck that you haven't noticed. Even if you have inspected the roof but didn't pay close enough attention, there can be small holes that are not easy to see. Roofers are great for finding such problems because they know to automatically look for them. The bad thing about even tiny holes in a roof deck is that they compromise the overall security that the roof provides. For example, the tiny holes can fill with water and create a humid environment in your house that will eventually cause various types of damage.

One Missing Shingle on the Roof

You might think that a missing shingle on your roof is nothing to worry much about, but it isn't so. When a roof is missing even a single shingle, it puts the entire surface of the deck at risk for getting damaged. For example, the missing shingle creates enough exposure to the deck for the rainwater to begin causing it to deteriorate. You must understand that when a roof deck begins to deteriorate, excessive amounts of damage can develop in a speedy manner. For instance, not only will the deck get soggy, but mold will begin to spread and cause further deterioration beneath the other shingles on the deck.

Granules Are Accumulating on the Ground

Granules are something that you should always look for on the ground, as they can give you a good idea about the condition of the roof. Basically, granules are the dark grains that are seen in asphalt shingles that make them look appealing. When granule loss occurs, it means that the shingles are not in top shape and unable to protect the deck as they are designed to do.

For more information regarding roof repair, contact a company near you.